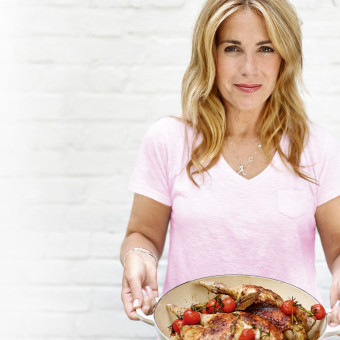 Find out more about Alex by reading her bio below.

Find Alex at the following shows 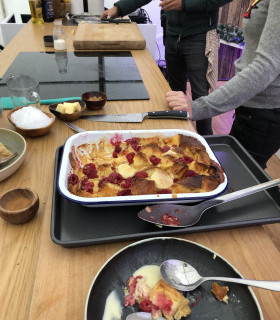 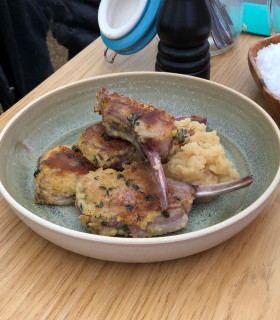 Alex Hollywood is a passionate home cook and family food writer with two popular cookery books under her belt as well as a devoted following on social media.

She has a no fuss approach to cookery that makes her recipes incredibly appealing and as a result she has built up a loyal fanbase on Instagram (@alexandrahollywood) and twitter (@alex_hollywood1).  Her humour and stoicism are infectious and relatable and were noticed by TV producers who employed her as a regular on ITV’s Lorraine.

Since the age of four Alex has been a prolific and enthusiastic cook.  Growing up, Alex was heavily influenced by her French and Scandinavian family background and these European influences often feature in her recipes.

Alex loves to travel the world - she discovered many innovative ideas and exciting flavours whilst globe-trotting, many of which she now uses to add unusual twists to her everyday home cooking - perfect for busy families who want something a little more exciting for their midweek meal!

As well as conjuring meals for family and friends Alex cooked on a semi-professional basis in the French Alps; she lived and worked in Cyprus for many years, initially as a Scuba Diving Instructor, then in Public Relations for the Exclusive Annabelle Hotel. Throughout her career Alex has actively been working with high-profile celebrity chefs assisting in recipe development and writing.

Her simple but effective recipes are always a hit on social media, so it was no surprise that in 2015 Alex secured her first book deal with ‘My Busy Kitchen’ published by Hodder and Stoughton. This beautiful book is filled with plenty of wonderfully accessible family meal recipes.

Alex published her second book ‘Cooking Tonight’ in 2017, continuing to inspire home-cooks with fuss-free family meals that have become her trade mark; using staple ingredients that comprise a weekly shop.

Her multi-media career compounds her versatility; her recipes have been published by various high-profile publications such as The Mail On Sunday, The Daily Mail and The Times, she has also fronted Tesco's successful ‘Christmas Chocolate’ Promotion, worked with Mission Deli Wraps and she collaborated with Sainsbury’s on a big campaign called Taste Buddies, Active Kids.

Alex lives in Kent and with her son and her chocolate Labrador, Rufus.