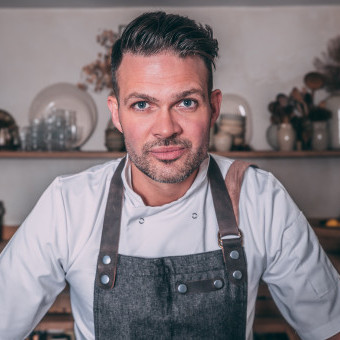 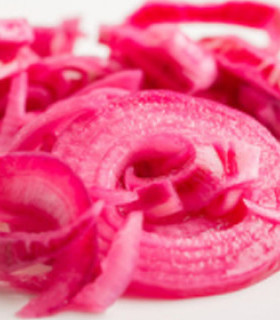 Millions watched Kenny Tutt crowned as this year’s MasterChef Champion, following on from the ‘make-my-heart-thump fantastic’ dishes he created for the final.

Cooking runs in Kenny’s family; he says that his Mum (who had a wonderful cameo in the MasterChef final) is a fantastic cook & that he’s been cooking alongside her since he was a child. His Dad instilled in him the value of being able to cook a mean Full English. A great life lesson!

On leaving school, some travelling beckoned which opened up Kenny’s culinary mind to a breadth of food cultures, heritage & flavours – he says there’s nothing more exciting than exploring all of these new things, and then putting them into practice in his own kitchen.

Having threatened to apply for MasterChef for a number of years, it wasn’t until his wife put the laptop under his nose & said ‘you’re doing it’, that he finally got up the courage to put his money where his knife was. Despite being an experienced home cook, getting to the final was a fairy tale moment for Worthing based Kenny.“No one prepares you for how hard it is in that kitchen working to strict times under the watchful eyes of John and Gregg. They are cracking guys and it was great to get the chance to cook for them both. I think they have both done great things for the industry as a whole.”

Kenny cites his influences as some of those who were on the scene as he was growing up – larger than life Keith Floyd, Gary Rhodes, Paul Rankin, Jamie Oliver & Rick Stein. He thinks they all have something in common though, namely making food more accessible, but most importantly, the way that food & cooking brings people together.

Kenny’s passionate about so many aspects of cooking & food, that it’s difficult to pinpoint anything specific that really drives him. “I love reading about food, eating out and trying new cuisines, creating and going through a process to strive for perfection. I am also passionate about taking classic dishes and elevating them. It’s important for me to keep the heart of the dish and this is something that I really learnt in the competition.”

So what’s next? Is it back to the bank for Kenny? First it’s back to the kitchen! Kenny’s eager to work alongside some of his chef heroes, so will be kicking off with some stages over the coming months. He’ll also be on stage at some of the UK’s best food festivals this summer, including on his home turf at Brighton Foodies Festival. You’ll also be able to catch him on stage with Kirstie Allsop at The Handmade Fair, at Blenheim Palace Food Festival and at Hampton Court Palace Food Festival.