In 2016, Lisa and Andrew Newsham embarked on the holiday of a life time touring around New Zealand in a camper van called Freda.  Little did they know that it would literally be a life changing trip. As peanut butter lovers they searched for a couple of artisan brands on the shop shelves of New Zealand and were impressed that there seemed to be a revival of great quality nut butters there that were a million miles from the palm oil and refined sugar loaded offerings to be found in UK supermarkets. This sowed the seed of an idea to produce their own, but rather than it being plain peanut, they decided to incorporate interesting flavours from around the globe. After a year of trial and error, Freda’s was launched in 2017 with 5 tasty flavours that you can try today! 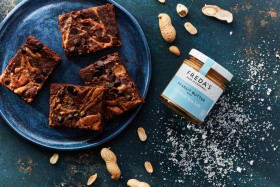 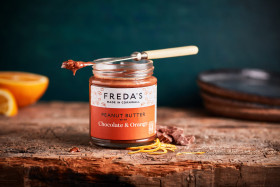 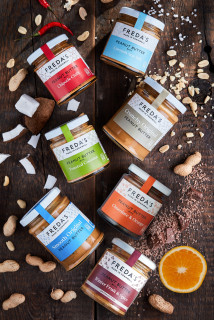 Get in touch with Freda’s Peanut Butter

Join us from 3-5 December at Hampton Court Palace.